THE CONFEDERATE STATE FUNERAL: AN IMPORTANT MESSAGE ON A NEGLECTED BUT IMPORTANT PART OF SOUTHERN ACTIVISM

Attached is an original Confederate flag funeral pall, possibly used at the funeral of General Albert Sidney Johnston in 1862. In poor condition, the flag rests in the collection of the Texas State Archives in Austin. We are thinking of reproducing it and making it available for families conducting Confederate funerals. Why? Because traditionally, even in repressive governments, society at large is generally unwilling to interfere in a funeral, however distasteful they may find the symbolism. In a movement such as ours, funerals are one of the most effective and uninhibited ways of honoring and ennobling our cause - and how we honor our departed Chieftains says a great deal about the power and sustainability of our cause and aims for the future. It can also be a powerful political statement that our fellow citizens need to see and hear. Think of the Hunley crew burials, the burial of Mrs. Alberta Martin - how awe inspiring and inspirational these events were - even to outsiders. Those who witnessed them will never forget them. These events also bring the faithful together - putting past differences aside - as nothing else can - Blest be the ties that bind.
Now, think of all the good & deserving confederates who have passed, that did not get such a farewell. Why not? Because they did not insist upon it in their Will while they were alive - they did not instruct their next of kin that's how they wanted their funeral conducted. A great opportunity to strengthen the faithful and show the Christian Confederate message to outsiders is thus missed.

Case in point - a very good Confederate & SLRC founder died several years ago - which was attended by the SLRC staff and many in the North Carolina Division, SCV. Imagine our shock when the Battle Hymn of the (un)Republic was played during the service - ordered by his well meaning but ignorant law office staff, acting for the widow. I'm sure our friend was rolling in his casket - but the damage was done (We did sing Dixie at the graveside).

So think about how you want your last rites performed (esp those of you who have offices in the various Confederate heritage organizations) - get with a Confederate buddy and plan it - NOW and then put it ironclad into your estate planning - that the Confederate pall or flag will drape the coffin, that Confederate flags will be displayed, that Dixie will be sung, that reenactors will fire a salute at graveside, that the eulogy will note your strong Confederate beliefs, etc. While you are at it - leave a legacy or charitable contribution to your favorite Confederate charity - and encourage others to do so. Whether for Confederate funeral planning or estate help in adding a Confederate charity to your estate planning - contact us - we are happy to help in this and every other aspect of helping speed the success of the Confederate Community. Now please send us a donation before anything happens to you:-) 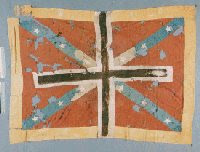 posted by Chuck Demastus at 5:22 PM