Southern Heritage
News and Views: The War Between the States WAS NOT about Slavery

The War Between the States WAS NOT about Slavery 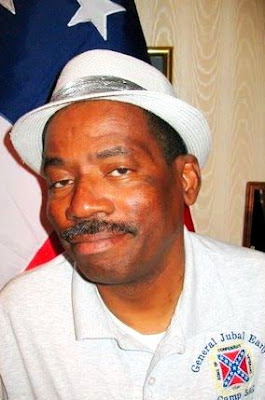 I am responding to an article I recently read by Leonard Pitts Jr., a noted Black Columnist in South Florida. His article was entitled, ‘The Civil War was about slavery... Nothing more’. I found this article to be very misleading and riddled grossly with distortions of the real causes of the War Between the States. I find it it’s so amusing that such an educated person, Mr. Pitts, would not know the facts.

I am a proud native of South Carolina. I have spent my entire life in what was once, The Confederate States of America. I am currently associated with Southern Heritage causes, including the Sons of Confederate Veterans in Tampa.

The Confederate canon fire to evict the aggressor Army of The Potomac from the Fort was the first official military action to assert and defend States’ Rights of all of the States in the Union.

It also marked the beginning of the Confederates fight to expel this foreign Army from all of the Southern home land.

After all these years, there still exists national historical ignorance and lies about this war of Yankee aggression and atrocities. The War Between the States was about State’s Rights and not about slavery.

Remember that the original colonies voluntarily joined the Union and never gave up their individual States’ sovereignty.

These independent States always retained their right to manage their domestic affairs and to leave this voluntary association at any time.

This voluntary union was for limited reasons such as; National defense from the foreign powers, one language, interstate commerce, disputes between the sovereign States, and matters of Foreign affairs.

When the Southern States tried to leave this Union, the Northerners had to put a stop to this. The Slavery issue was masterly inserted into the movement of Yankee aggression.

There is a reason why the name of our territory in North America is called, The United States of America. Did you notice the word ‘States’ and NOT State? The word ‘States’ forever proclaims and recognizes the legitimacy of States Rights and sovereignty.

We are a union of independent and sovereign States free to determine our own destiny. This sovereignty is meant to be free of Yankee Federal domination and control. This should still be in principle and practice today as it was before the first canon shots at Fort Sumter.

The facts are that throughout history; just about every race of people has been slaves to another people. Slavery has always been a failed institution and a dark mark in history. One hundred years before the first slave made it to the action blocks in state of Virginia, African Kings were running a booming enterprise of selling their own people into slavery. It was also customary that defeated people became slaves.

Without the complicity and entrepreneurship of African Kings, I have a serious reservation about how many slaves would have come to the New World.

Slavery as an institution worldwide was coming to an end before the War Between the States. Slavery in America would probably have come to an end within 50 years.

The great eternal lie; that the war was to “free the slaves” is still being propagandized today by modern slick Yankee spin makers, the schools and even by scholars. But the facts are plain and quite evident if you were to take off your Yankee sun glasses.

The Army of the Potomac invaded the South to capture, control and to plunder the prosperity of Southern economic resources and its industries.

This Army also wanted to put a final nail in the coffin of States’ Rights.

If, and I say with a big if that the War Between the States was to free the slaves, please answer these simple questions;

1. Why did not President Lincoln issue a proclamation day 1 of his presidency to free the slaves?

2. Why President wait so many years later to issue his proclamation?

3. Why was slavery still legal in the Northern States?

“I will not free a single slave if it kept the Union together?”

5. Before 1864, how many elected members of the Imperialist Yankee Congress introduce legislation to outlaw slavery anywhere in America?

Here are some useful facts that could cause you to learn the truth. The Slaves were freed because, and only in territories in Rebellion against the North, because The Army of the Potomac was not winning the war and Lincoln was fearful of Foreign Nations recognizing the Confederacy as a Sovereign States.

Other reasons were, the Northern States needed a war to fuel their economy and stop the pending recession, the North need a rebellion in the South to cause havoc in the Confederate States, and the North wanted the hard foreign currency being generated by Southern trade.

Over six hundred thousand people died because of Yankee aggression and hidden agendas. From a perspective of trying to attain a moral legitimacy and high ground, the lie and cry of freeing the Slaves offered a “cheap rational” for Northern Aggression and the economic raping of the Southern States.

Even in 2011 The Sovereign States of today are still under the yoke of ever encroaching Yankee and Northern domination, laws and control. Just look around. Try to go one single day with seeing, feeling the straggling influences of The Federal government.

I hope that this year marks not only the celebration of the brave actions of Southerners to evict the Northern Army at Fort Sumter; it should also lead to the truthful revision of history about the war. Future generations should at least know the truth.

I guess you are asking yourself, ‘How can a Black man say that the Civil War was not about slavery?’ Well once skin color is not a handicap or prohibition from knowing and writing the truth.

posted by Chuck Demastus at 4:53 PM

Great article, Al. It's refreshing to see that there are some who understand what the war was NOT about.

Interesting article. I was wondering, have you ever read the secession commissioners from the south?

Al,
Good history lesson. You hit on enough cylinders to make it very hard to proclaim "the war was solely to free the slaves."

Jim Medding Jr
I am a member of the Sons of Confederate Veterans here in WV.
And I am very proud of you as a member. Not because of your color but because you were willing to stand up and speak the truth.
That is the problem with the SCV now so many of our members are not willing to speak out and tell the truth. Until we do the lies that have been told all these years will continue. I am very proud of the Confedracy and my Great Great Grandfather and his two brothers who fought for it. The never owned another human being and weren't fighting for the right to do so.
Keep up the good work. We Don't Want to Rewrite History We Just Want It Told Accuratly.