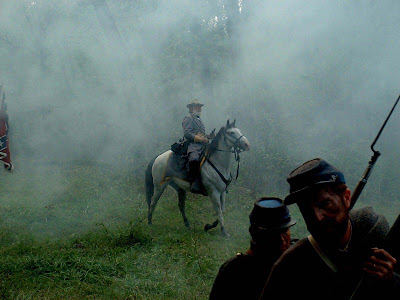 Stone’s living history performance will depict scenes from Lee’s life and is being sponsored by the Sons of Confederate Veterans (SCV) General Jubal A. Early Camp 556, Tampa. Tickets for the $20 per person dinner event, to be held at the Embassy Suites hotel, 10220 Palm River Rd., Tampa, are available at caul337@gmail.com.

Selected to portray General Lee in the documentary titled “April 1865” for the History Channel, Stone has been described by historians as presenting today’s most accurate impression of General Lee. Stone was also given this designation by Robert E. Lee IV and other Lee family on January 19, 2007, during the celebration of the General’s 200th birthday.

The uniform worn by Stone is an exact replica of that worn daily during the 1861-1865war by General Lee. 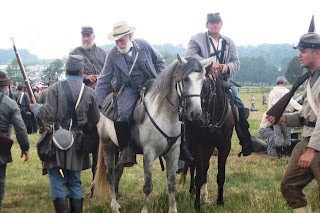 Stone is an upstate New York native and current West Virginia resident. He has two great-great grandfathers who served as volunteers in The War Between the States.

General Jubal A. Early Camp 556, commanded by Michael Herring, is the Tampa Bay area chapter of the national SCV www.scv.org. Founded in 1896, the SCV serves to honor, promote and commemorate the true history of the Confederate soldier. Membership in the Sons of Confederate Veterans is open to all male descendants of any veteran who served honorably in the Confederate armed forces. The SCV does not discriminate with respect to race, religion or nationality. 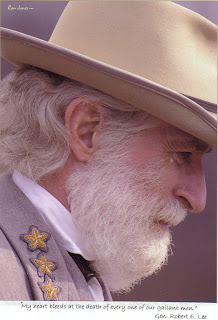 "General Robert E. Lee was, in my estimation, one of the supremely gifted men produced by our Nation. He believed unswervingly in the Constitutional validity of his cause which until 1865 was still an arguable question in America; he was thoughtful yet demanding of his officers and men, forbearing with captured enemies but ingenious, unrelenting and personally courageous in battle, and never disheartened by a reverse or obstacle. Through all his many trials, he remained selfless almost to a fault and unfailing in his belief in God. Taken altogether, he was noble as a leader and as a man, and unsullied as I read the pages of history."

“From deep conviction I simply say this: a nation of men of Lee’s caliber would be unconquerable in spirit and soul. Indeed, to the degree that present-day American youth will strive to emulate his rare qualities, including his devotion to this land as revealed in his painstaking efforts to help heal the nation’s wounds once the bitter struggle was over, we, in our own time of danger in a divided world, will be strengthened and our love of freedom sustained.”