Homer and H.K. decided to start at the old Winn Dixie parking lot like on the 5 year reunion March since it looked like it could start raining any minute just like it did on the 5 year reunion march. I went back to Mom’s to wash a load of clothes, and then drove to Save A lot/ Rite Aid parking lot on College Avenue, to wait for them. On the way I stopped at the National Guard armory to find out why there were horses there. Turned out it was “extreme Mustang challenge” and they and wounded warriors, and veterans were riding to T Ed Garrison Arena. When I told Homer and H.K. they were going to march along with them, but we couldn’t find them. We went back by Moms to pick up the clothes, and then to Golden Coral. Juan Carlos was our waiter and we introduced H.K. to everyone in there. From there we came back here and H.K. went on back to Asheville.

H.K. came to our house again, left his car here and we went to Seneca and onto highway 28 to the median just before Head Lee Nursery, to march to and thru Walhalla to the monument. After they got out I drove a couple of miles up the road to read and wait till they got in sight, took a few pictures, then drove on to McDonalds at West Union, where I stopped in their parking lot to read until they came into sight. It was at this point that I saw a Sherriff’s car talking to them and made a picture of it. Turns out someone had seen people talking to them earlier and for some reason had called the Sherrifs office to say someone was beating up on them. When the deputy ascertained that H.K. and Homer were fine he went on and I went on thru Walhalla where Octoberfest was going full blast. I parked near the monument and got out to join the young man who had talked to them earlier and a woman to make pictures. I used their cameras to make pictures of them with H.K. and Homer, took a few pictures myself and we went to the junction to meet Bonnie and Steve Hollingsworth from Rosman, old friends of both H.K. and ours who had gotten there as quickly as they could, after a visit with Bonnie’s infant great grandson. Bonnie had hoped to march with them in Walhalla but they could
not get out of Rosman and down the mountain before we were finished with the march, so met us at the Junction. The Junction is 17 miles from our house at the Junction of hgy 11 and hgy 14. It is great home cooking and the folks there welcomed H.K. back.

1-3 are Clemson. I walked down College Avenue to meet them and actually got to march with them about two blocks.

4-14 are the march into Walhalla. Since I made pictures along the route on this one, there are more. I will send one more batch of pictures of this leg of the march. 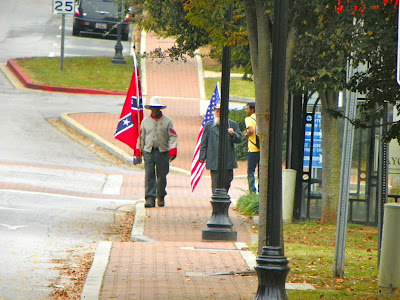 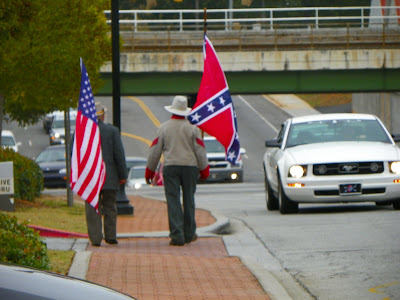 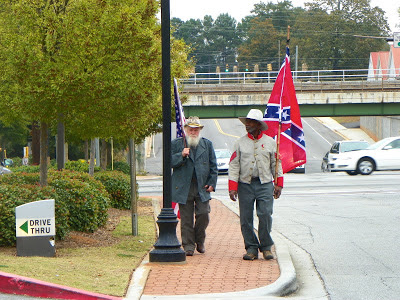 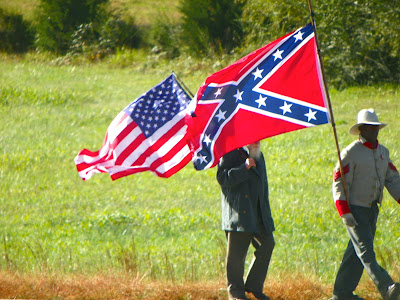 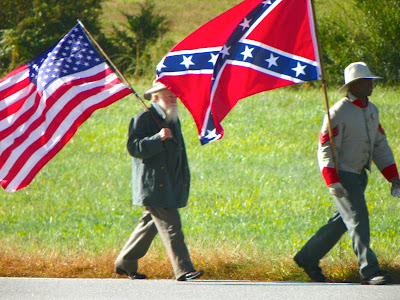 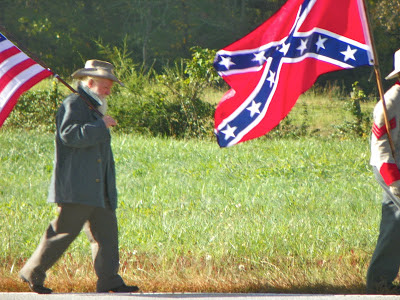 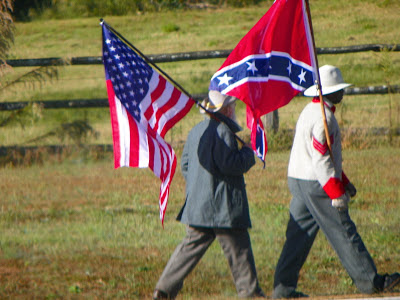 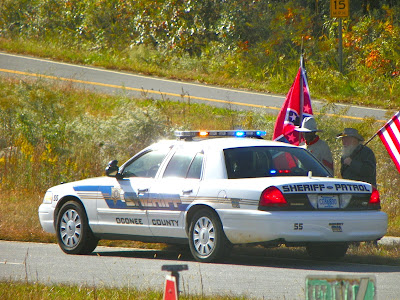 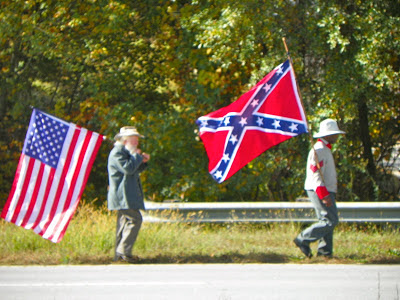 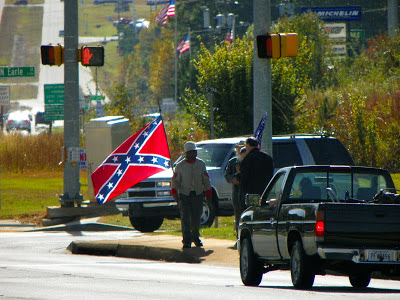 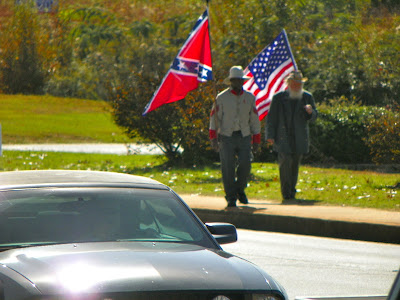 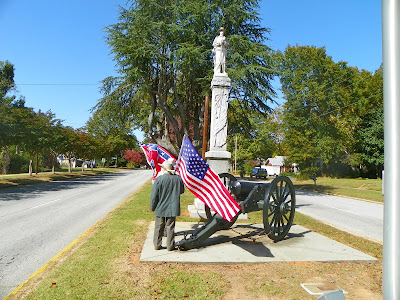 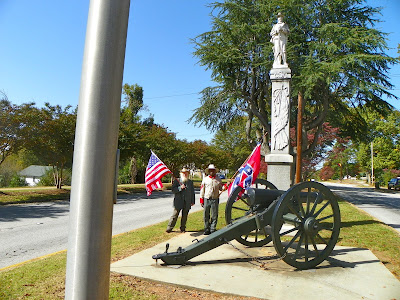 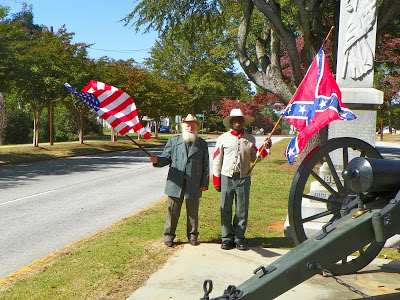 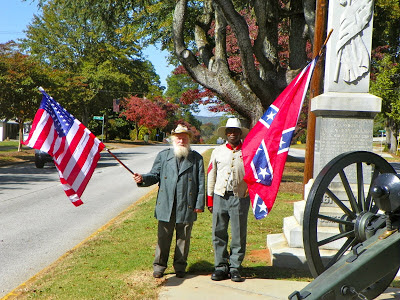 posted by Chuck Demastus at 2:12 PM