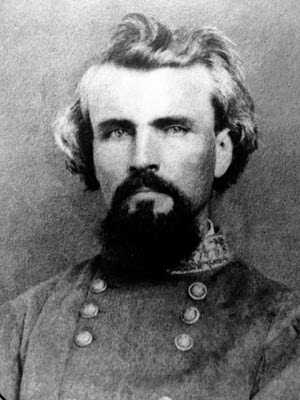 It is almost as difficult to find consistent information about the incident at Fort Pillow as it is to determine the moral significance of its outcome. Scholars disagree about exactly what transpired on April 12, 1864 at Fort Pillow, when General Nathan Bedford Forrest captured the fort with his 1,500 troops and claimed numerous Union lives in the process (Wyeth 250).

It became an issue of propaganda for the Union, and as a result the facts were grossly distorted. After close examination it is clear that the ³Fort Pillow Massacre² (as it became known by abolitionists) was nothing of the sort. The 1,500 troops under the command of General Nathan Bedford Forrest acted as men and as soldiers in their capture of Fort Pillow.

It is first necessary to understand what happened in the battle before any judgment can be made. A careful study performed by Dr. John Wyeth revealed the following information: from April 9-11, 1864, troops under the command of Ben McCulloch, Tyree Harris Bell, and Brig. General James Chalmers marched non-stop to Fort Pillow to begin their assault under the command of General Nathan Bedford Forrest. Confederate sharpshooters claimed the lives of several key Union officers during the morning assault on the fort. The losses included the commanding officer Major Lionel F. Booth and his second in command shortly after that. These losses created a complete breakdown of order and leadership among the Union troops within the fort. (251)

During the morning engagement, the gun boat the New Era was continually attempting to shell the Confederate forces from the Mississippi, but with minimal success. The Union forces fought back heartily until around one o¹clock in the afternoon, when both sides slowed down. Around that time the New Era steamed out of range to cool its weapons. It had fired a total of 282 rounds, and its supplies were almost totally exhausted. During this hiatus in the firing, while Confederate troops waited for supplies that would arrive around three o¹clock, Forrest was injured when his horse fell on him after being mortally wounded (252).

When the supplies arrived, Confederate troops under a flag of truce delivered a message from Forrest that said, ³My men have received a fresh supply of ammunition, and from their present position can easily assault and capture the fort,² (253). Forrest demanded ³the unconditional surrender of the garrison, ² promising ³that you shall be treated as prisoners of war² (253). This agreement was refused by Major William F. Bradford using the name of Major Booth, and Forrest was left with no option but to attack (Long & Long 484).

Without a word, Forrest rode to his post, and a bugle call began the charge. The soldiers stormed the fort under the cover of sharpshooter fire. The Union spent their rounds on the charging mass, and the second wave was to all intents and purposes a ³turkey shoot.² As hordes of soldiers came over the wall, a considerable number of Union lives were lost to point blank fire, an action that was deemed murder by the northern press. (255) However, it must not be forgotten that those Union troops who died were in the process of reloading their rifles. Even knowing that they were severely outnumbered, they had demanded the fight (Henry 255).

It was reported by Colonel Barteau that they made a wild, crazy, scattering fight. They acted like a crowd of drunken men. They would at one moment yield and throw down their guns, and then would rush again to arms, seize their guns and renew the fire. If one squad was left as prisoners ... it would soon discover that they could not be trusted as having surrendered, for taking the first opportunity they would break lose again and engage in the contest. Some of our men were killed by Negroes who had once surrendered (256).

The report of Lieutenant Daniel Van Horn, Sixth U. S. Colored Heavy Artillery confirmed this in which he reported: "There never was a surrender of the fort, both officers and men declaring they never would surrender or ask for quarter."

With this type of activity, it is understandable how a superior force could claim so many casualties. However, the issue is not so clear to Civil War historians. The first and biggest problem has to do with the information that different historians base their opinions on.

For example, in a historical account written by Carl Sandburg it is reported that Forrest¹s troops stood 6,000 strong. This is slightly inflated from the actual 1,500 that were present. In this same account Sandburg claims that the ³battle ended as a mob scene with wholesale lynching² (Sandburg 247).

It was distorted information such as this that was used by the Union as propaganda against the South. After the incident General Kilpatrick was quoted saying Forrest had
³nailed Negroes to the fences, set fire to the fences, and burned the Negroes to death² (Hurst 321). With reports like this, it is understandable why abolitionist were outraged.

The Congressional Committee released a summary after the event. It stated ³that the rebels took advantage of a flag of truce to place themselves in ³position from which the more readily to charge the upon the fort²; that after the fall of the fort ³the rebels commenced in an indiscriminate slaughter sparing neither age nor sex, white or black, soldier or civilian²; that this was ³not the results passions excited by the heat of conflict, but of a policy deliberation decided upon and unhesitatingly announced²; that several of the wounded were intentionally burned to death in huts and tents about the fort; and the ³the rebels buried some of the living the dead.² (Henry 260)

LT Van Horn reported that "Lieutenant John D. Hill, Sixth U. S. Heavy Artillery, was ordered outside the fort to burn some barracks, which he, with the assistance of a citizen who accompanied him, succeeded in effecting." This accounts for the barracks allegedly burned by Confederates in which wounded Union soldiers were supposed to have perished.

Union officers were in charge of burials and made no such report of living burials.

In the intensive studies performed by Dr. John Wyeth there were more than fifty soldiers that were present at this battle who gave sworn testimonies contradicting these findings.(260) This suggests that the Union fabricated the truth to aid in its own cause. The fact is that most of what was said about Forrest¹s unethical actions were false accusations.

Testimonies from several different sources (both Union and Confederate) claim that there were no movements under the flag of truce, but that they had their positions hours before. (Henry 260) It is true that the losses were huge in this battle, but that is typical of many significantly unbalanced battles. According to Wyeth there was only one incident of force against the Union after the Union flag came down, and that resulted in an on the spot arrest.

LT Van Horn's report makes no mention of any "massacre" or misconduct on the part of Forrest or his men and was for a time a prisoner himself, reporting "I escaped by putting on citizen's clothes, after I had been some time their prisoner. I received a slight wound of the left ear"

This entire incident was blown totally of proportion. It is tragic to lose even one life, but on a battle field, death is inevitable. This event became a monumental point in the war because of exaggeration and lies told by Union supporters. These lies strengthened the Union cause and further blemished the reputation of Confederate forces. Morally, there is no fault in Forrest¹s actions.

COLONEL: I have the honor to submit the following report of the battle and capture of Fort Pillow, Tenn.:

At sunrise on the morning of the 12th of April, 1864, our pickets were attacked and driven in, they making very slight resistance. They were from the Thirteenth Tennessee Cavalry

Major Booth, commanding the post, had made all his arrangements for battle that the limited force under his command would allow, and which was only 450 effective men, consisting of the First Battalion of the Sixth U. S. Heavy Artillery, five companies of the
Thirteenth Tennessee Cavalry and one section of the Second U. S. Light Artillery. (Colorado, Lieutenant Hunter.

Arrangements were scarcely completed and the men placed in the rifle-pits before the enemy came upon us and in ten times our number, as acknowledged by General Chalmers. They were repulsed with heavy loss; charged again and were again repulsed. At the third charge Major Booth was killed, while passing among his men and cheering them to fight.

The order was then given to retire inside the fort, and General Forrest sent in a flag of truce demanding an unconditional surrender of the fort, which was returned with a decided refusal.

During the time consumed by this consultation advantage was taken by the enemy to place in position his force, they crawling up to the fort.

After the flag had retired, the fight was renewed and raged with fury for some time, when another flag of truce was sent in and another demand for surrender made, they assuring us at the same time that they would treat us as "prisoners of war."

Another refusal was returned, when they again charged the works and succeeded in carrying them. Shortly before this, however, Lieutenant John D. Hill, Sixth U. S. Heavy Artillery, was ordered outside the fort to burn some barracks, which he, with the assistance of a citizen who accompanied him, succeeded in effecting, and in returning was killed.

Major Bradford, of the Thirteenth Tennessee Cavalry, was now in command. At 4 o'clock the fort was in possession of the enemy, every man having been either killed, wounded, or captured.

There never was a surrender of the fort, both officers and men declaring they never would surrender or ask for quarter. [Emphasis added, ed.]

As for myself, I escaped by putting on citizen's clothes, after I had been some time their prisoner. I received a slight wound of the left ear.

I cannot close this report without adding my testimony to that accorded by others wherever the black man has been brought into battle. Never did men fight better, and when the odds against us are considered it is truly miraculous that we should have held the fort an hour. To the colored troops is due the successful holding out until 4 p. m. The men were constantly at their posts, and in fact through the whole engagement showed a valor not, under the circumstances, to have been expected from troops less than veterans, either white or black.

I know of about 15 men of the Sixth U. S. Heavy Artillery (colored) having escaped, and all but 2 of them are wounded.

I have the honor to be, very respectfully, &c.,

I doubt if any commander since the days of lion-hearted Richard has killed as many enemies with his own hand as Forrest. His word of command as he led the charge was unique: "Forward, men, and mix with 'em!" But, while cutting down many a foe with long reaching, nervous arm, his keen eye watched the whole fight and guided him to the weak spot. Yet he was a tender-hearted, kindly man. The accusations of his enemies that he murdered prisoners at Fort Pillow and elsewhere are absolutely false. The prisoners captured on his expedition into Tennessee, of which I have just written, were negroes, and he carefully looked after their wants himself, though in rapid movement and fighting much of the time. These negroes told me of Mass Forrest's kindness to them.

"...burial details were composed of Union troops under Union officers, a fact which clears Forrest's men of the charges that they buried Negro wounded alive...Union casualties may have amounted to less two hundred killed, wounded, and missing