“The lamp of life waned low as the hour of midnight arrived; nor did it flicker into the brightness of consciousness at any time. Eagerly, yet tenderly, the watchers gazed at the face of the dying chieftain. His face, always calm and pale, gained additional pallor, and at a quarter to 1 o’clock of the morning of the 6th day of December death came to the venerable leader.

There was nothing remarkable about the death-bed scene. The departure of the spirit was gentle and utterly painless. There were no dry eyes in the little assembly about the bed, and every heart bled with the anguish which found vent in Mrs. Davis’s sobs and cries.”

The Times-Democrat gave the following account of the closing scene: At 12:45 o’clock this morning Hon. Jefferson Davis, ex-President of the Confederate States, passed away at the residence of Associate Justice Charles E. Fenner. Only once did he waver in his belief that his case showed no improvement, and that was at an early hour yesterday morning, when he playfully remarked to Mr. Payne: “I am afraid that I shall be compelled to agree with the doctors for once, and admit that I am a little better.” At 7 o’clock Mrs. Davis administered some medicine, but the ex-President declined to receive the whole dose. She urged upon his the necessity of taking the remainder, but putting it aside, with the gentlest of gestures whispered,

“Pray, excuse me.” These were his last words.” 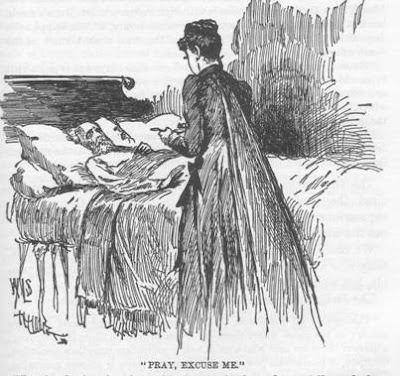 The Daily States said in its editorial:

“Throughout all the South there are lamentations and tears; in every country on the globe where there are lovers of liberty there is mourning; wherever there are men who admire heroic patriotism, dauntless resolution, fortitude, or intellectual power and supremacy, there is sincere sorrowing. The beloved of our land, the unfaltering upholder of constitutional liberty…is no more…” “Jefferson Davis is dead; but the principles for which he struggled, for the vindication of which he devoted his life, for which he suffered defeat, and unto which he clung unto death, still live. The fanatical howlings of the abolitionists, the tumult and thunders of civil war, the fierce mouthings of the organizers of reconstruction, and reconstruction itself, that black and foul disgrace of humanity, are all departed, sunk into silence like a tavern brawl, but the constitutional principles upon which the Confederacy was founded and for which Jefferson Davis spoke and struggled, for which he gave life and fortune, still survive in all their living power; and when they shall have been, if ever, really destroyed, this Republic will be transformed into one of the most oppressive and offensive oligarchies that has ever arisen amongst the civilized nations of the earth.”

The Times-Democrat of the 10th had this editorial:

“If there was ever the shadow of doubt in the minds of the people of the United States of the hold of Jefferson Davis upon the hearts of the Southern people that doubt has been removed. From city and country, from every nook and hamlet, have come expressions of profoundest sorrow over his death; of grief at the passing away of the great Confederate chieftain. They turned to him as the Mussulman to his Mecca---the shrine at which all true Southern-born should worship. There has never been any division of sentiment as to the greatness of Jefferson Davis. He has always been the hero of his people---their best beloved. From the day that Lee laid down his arms at Appomattox to the hour of Jefferson Davis’s death the Southern people look upon the ex-President of the Confederacy as the embodiment of all that was grand and glorious in the Lost Cause. Standing alone as a citizen without the power to exercise his citizenship, the last surviving victim of sectional hate and malevolence, he was an exile while on the soil of his native land and in the midst of his own people. Jefferson Davis will go to the grave bathed in a people’s tears.”

Thanks to Bernhard Thuersam