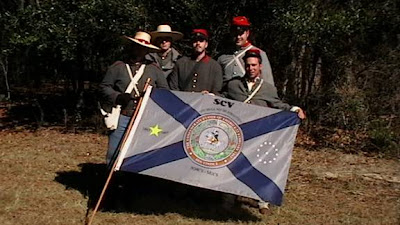 Brothers and Sisters of the Confederate Nation thank you for allowing me to share with you a project I’ve been working on for the past year. What is heritage? It can be described as pride, courage, strength, determination, sense of purpose, commitment, REMEMBERANCE) I believe that there lies within each of us as Southerners a passionate embrace of remembrance be it for an ideal, a cause, a way of being, or a life lived by those who have passed before us.

It’s an intense feeling one gets when viewing the battle flag, when attending heritage events, when observing or participating in an re-enactment . . . it’s like time stand stills and your transformed back to the 1860’s and your able to grasp even for a moment the way “things” were back then the sights, sounds and smells that can trigger this “Deja Vu” experience. Think back to situations when your heart swells with pride, when the goosebumps begin their march up and down your spine. When you start to shake with excitement and anticipation it’s like a spiritual force comes upon you. You can’t explain it, it just is. I call it the Spirit of Remembrance.

The grey represents the Confederacy and the grayness of the times. During the winter when it was bitterly cold and our ancestors were far from home, thinking about their families, the crops, and wondering if they were ever going to make it home, the gray rainy days prior to a battle, hoping and praying they were going to survive and make it through the day. The grayness of their hopes and joys, their sorrows and despair. We will remember.

The yellow star represents all those who died in the conflict; Approximately 50,000 Southern civilians were killed and brutalized by the Union army. Many black and white people were robbed, tortured and starved by these “Northern Liberators” as well as the Confederate POW’s themselves. No one talks about those who were left behind for those four long years. . . .1861-1865. There are no memorials or statues to those who kept the home fires burning, who tilled the fields and brought in the crops and endured their share of trials and tribulations. . . .until now. We will remember.

The Seal of the Confederacy is surrounded by the bounty of the agricultural South, the cotton, rice, corn, tobacco, sugar, beans that the South grew to use and export destroyed by the Northern invaders. Here, George Washington is showing the way to independence 80 years prior. We will remember.

The navy blue St. Andrews Cross is the color of mourning. The SCV can mean many things, Son of Confederate Veterans, Southern Confederate Veterans, or Scala Caeli Vale which means “The ladder of heaven – farewell” to those who have gone before us. The Deo Vindice at the bottom of the seal states that God Vindicates the POW’s – MIA’s and the innocent civilians as well. This too will be remembered.

Approximately 215,000 Southerners were captured and confined in Union POW camps. Of these around 26,000 Confederates died while in captivity. In many of these prison camps records were minimal or not kept at all. The conditions were heinous.

Lack of clean water, food, inadequate clothing, and inadequate medical care contributed to the deaths and dismal conditions in the camps. We will remember.

Brutality by the guards, commanding officers and the federal government itself took its toll. Broiled rat was regarded as cuisine and any dog that wandered into the camp was killed and eaten. At Camp Morton POW camp located in Indiana, 24 black Confederates and 1 Hispanic Confederate are buried. It is estimated that between 250-300 black, Hispanic and Native American Confederates passed through this camp. These veterans faired as badly as their white brothers in arms. We will remember.

At Rock Island POW camp the United Daughters of the Confederacy erected a monument that states:

In Memory Of The Confederate

Veterans Who Died At The

Prison Camp. May They Never

Be Forgotten. Let No Man

Asperse The Memory Of Our

Sacred Dead. They Were Men

Who Died For A Cause They

Believed Was Worth Fighting For And

Made the Ultimate Sacrifice

Brothers and Sisters of The Confederate Nation, We say “You Shall Not Be Forgotten” As long as duty, honor and sacrifice define Southern heroism your memory will live forever.

This flag proudly flies in SCV camps and private homes in the following states; Florida, Georgia, Tennessee, Virginia, North Carolina, New York, and Mississippi. It is under consideration for adoption as the National Confederate POW Flag by the Sons of Confederate Veterans National Executive Committee. If you support this project, please contact the National SCV headquarters and let them know of your support.

A portion of the proceeds from the sale of this flag goes to fund:

I would love to purchase a POW / MIA flag.
How much and where do I send the money?

I don't know. I searched the Internet and I can't find one.