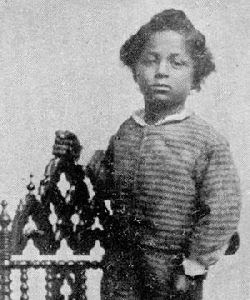 God’s children, of African, Asian, European, Hispanic, American Indian, and Jewish ancestry, were once told stories about the men and women who helped make America great. When I was a child, the heritage of our ancestors was very important to both young and old but, today, political correct thought has taken the place of historical truth and many schools, streets and parks, named for our beloved forefathers and mothers have been changed.

I write this article as the Sons of Confederate Veterans of Virginia, a Southern fraternal-historical group--www.scv.org, is looking for a location to unveil a historically correct statue depicting Confederate President Jefferson Davis and two of his sons Joe and Jim Limber. Jim was a black child adopted by the Davis family and Joe was tragically killed by a fall in 1864 at the Confederate White House in Richmond, Virginia.

It is ironic that a statue of Abraham Lincoln, Union President, 1861-65, was earlier unveiled in Richmond, Virginia but plans of the Sons of Confederate Veterans to erect a statue of Confederate President, Jefferson Davis, has apparently been met with less enthusiasm…And this comes from the old Confederate Capitol and where Davis and his family are buried. It is also reported that the SCV has even received a cool reception from Jackson , Mississippi , as a possible site for the statue, the state Davis and his family called home during the last years of the president’s life…But, there is good news with the following show of support recently published in Jackson Mississippi Clarion Ledger newspaper:

Quote, (The Director of Beauvoir— Davis’s last home---says he’d love to have the life size bronze sculpture of the former President of the Confederacy. Richard Forte says the statue of Davis, with his hand extended, looks like it’s welcoming people to Beauvoir.) Unquote www.beauvoir.org

Why do today’s Historians praise the memory of Abraham Lincoln but ignore the many accomplishments of Jefferson Davis?

Some people write that Lincoln supported the abolition of slavery but Davis was a racist. If you read Lincoln ’s first inaugural address from 1861, you will discover that Lincoln supported a bill that would have given the South a way to stay in the Union with slavery protected by a Constitutional amendment. If the South’s only intention in seceding from the Union was to keep their slaves, wouldn’t they have accepted such a deal?

In 1989, a magazine article caught my eye which I had to read from beginning to end. This was not an ordinary story but about a black child, a Confederate President's First Lady and the Southern Presidential Family. The story was written by Gulfport, Mississippi freelance writer, Mrs. Peggy Robbins and is entitled, "Jim Limber Davis." This is my summary of Mrs. Robbins’ splendid story.

On the morning of February 15, 1864, Mrs. Varina Davis, wife of Southern President Jefferson Davis, had concluded her errands and was driving her carriage down the streets of Richmond, Virginia on her way home. She heard screams from a distance and quickly went to the scene to see what was happening.

Varina saw a young black child being abused by an older man. She demanded that he stop striking the child and when this failed she shocked the man by forcibly taking the child away. She took the child to her carriage and with her to the Southern White House.

Arriving home Mrs. Davis and maid 'Ellen' gave the young boy a bath, attended to his cuts and bruises and fed him. The only thing he would tell them is that his name was Jim Limber. He was happy to be rescued and was given some clothes of the Davis ' son Joe who was the same size and age.

The Davis family were visited the following evening by a friend of Varina's, noted Southern Diarist-Mary Boykin Chesnut, who saw Jim Limber and wrote later that she had seen the boy and that he was eager to show me his cuts and bruises.

The Christmas of 1864, would be memorable for the Davis family and probably the best Christmas Jim Limber would ever have. A Christmas tree was set up in Saint Paul 's Church, decorated and gifts placed beneath it for orphan children.

The end of the War Between the States was coming and Richmond was being evacuated. Varina and the children left ahead of Jefferson Davis. The president and his staff left just hours before the occupation of Union troops.

Varina and the children were by the side of Jefferson Davis at his capture near Irwinville, Georgia and again the family was separated. Jefferson Davis was taken to Virginia to spend two years in prison.

Mrs. Davis and her children were taken to Macon , Georgia and later to Port Royal outside of Savannah . At Port Royal their Union escort, Captain Charles T. Hudson, made good at his earlier threats to take Jim Limber away.

As the Union soldiers came to forcibly take young Jim, he put up a great struggle and tried to hold onto his family as they to him. Jim and his family cried uncontrollably as the child was taken. His family would never again see him or know what happened to him.

The Museum of the Confederacy in Richmond, Virginia is home to a portrait of Jim Limber Davis in the Eleanor S. Brookenbrough Library. I thank Mrs. Peggy Robbins who wrote the Jim Limber Davis story in 1989 and the Southern Partisan Magazine for publishing her story in the second quarter Issue-Volume IX of 1989.


Calvin E. Johnson, Jr. is a freelance writer, author of book ‘When America Stood for God, Family and Country’ and member of the Sons of Confederate Veterans. His email address is cjohnson1861@bellsouth.net 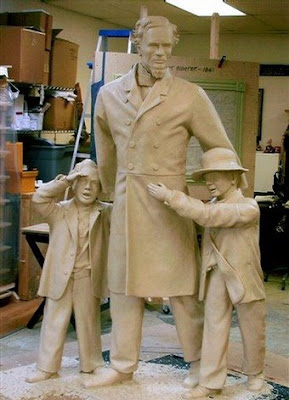 posted by Chuck Demastus at 9:35 AM