WHAT IT WAS ALL ABOUT IN TEN WORDS

On August 24th, 1864, President Abraham Lincoln wrote to politician and editor Henry J. Raymond that Raymond might seek a conference with Jefferson Davis and to tell him that hostility would cease “upon the restoration of the Union and the national authority.” In other words, three plus years of hideous bloodshed and war crimes would simply be ended on the above mentioned conditions.

But there is so much more in those ten words than might be seen by the casual observer. Of course, Jefferson Davis was hardly “a casual observer!” He understood the conditions under which his nation and his people would be spared further torture and destruction but he chose not to follow the path of abject slavery. It is interesting to note that a war many people declare solemnly was fought “to abolish slavery” among blacks was in fact fought to institute slavery among all Americans.

As for the first of Lincoln’s demands; that is, the “restoration of the Union:” the simple fact is that for many years participation in that “Union” had been a kind of economic and cultural slavery for the States of the South. Despised and attacked by fellow members of the “glorious Union,” they found that their wealth was not despised but, indeed, desired and as a result, year by year found its way into the coffers of those who could not be considered anything but their implacable enemies.

But this was not the foremost reason that Lincoln wanted the eleven Confederate States back under the thumb of the North. It is the second demand that makes clear why Lincoln launched his war against the States of the South in the first place; that is, they had refused to observe “the national authority.” To what “national authority” does Lincoln refer? Again, it is simple. Lincoln was going—and indeed already had—nullified the Constitution and the Union of the Founders by replacing the sovereignty of the States and the People with a now national rather than federal government. Of course, this was not just Lincoln’s desire. Many in the North and in the South of both parties no longer wished to maintain the limited federal government as created by the Constitution. Both before and during the War, Lincoln spoke endlessly of “saving”  not the nation or the Union but the government! The “national authority” which he wished to “restore”—although it had not existed at least openly before the War—was an all-powerful central government with himself at its head.

To this very day, those who seek what Lincoln desired infest the Constitution with “amendments” and “legal interpretations” assuring that both of his demands would be institutionalized in perpetuity and that is why we have what we have today: an all powerful “national authority.” At least the People of the South can take some comfort in knowing that their ancestors did not willingly or even grudgingly accept Lincoln’s slavery while they could still lift their swords to resist it. That they failed in that effort does not detract from the effort.

150th Anniversary of The Battle of Dunlap Hill 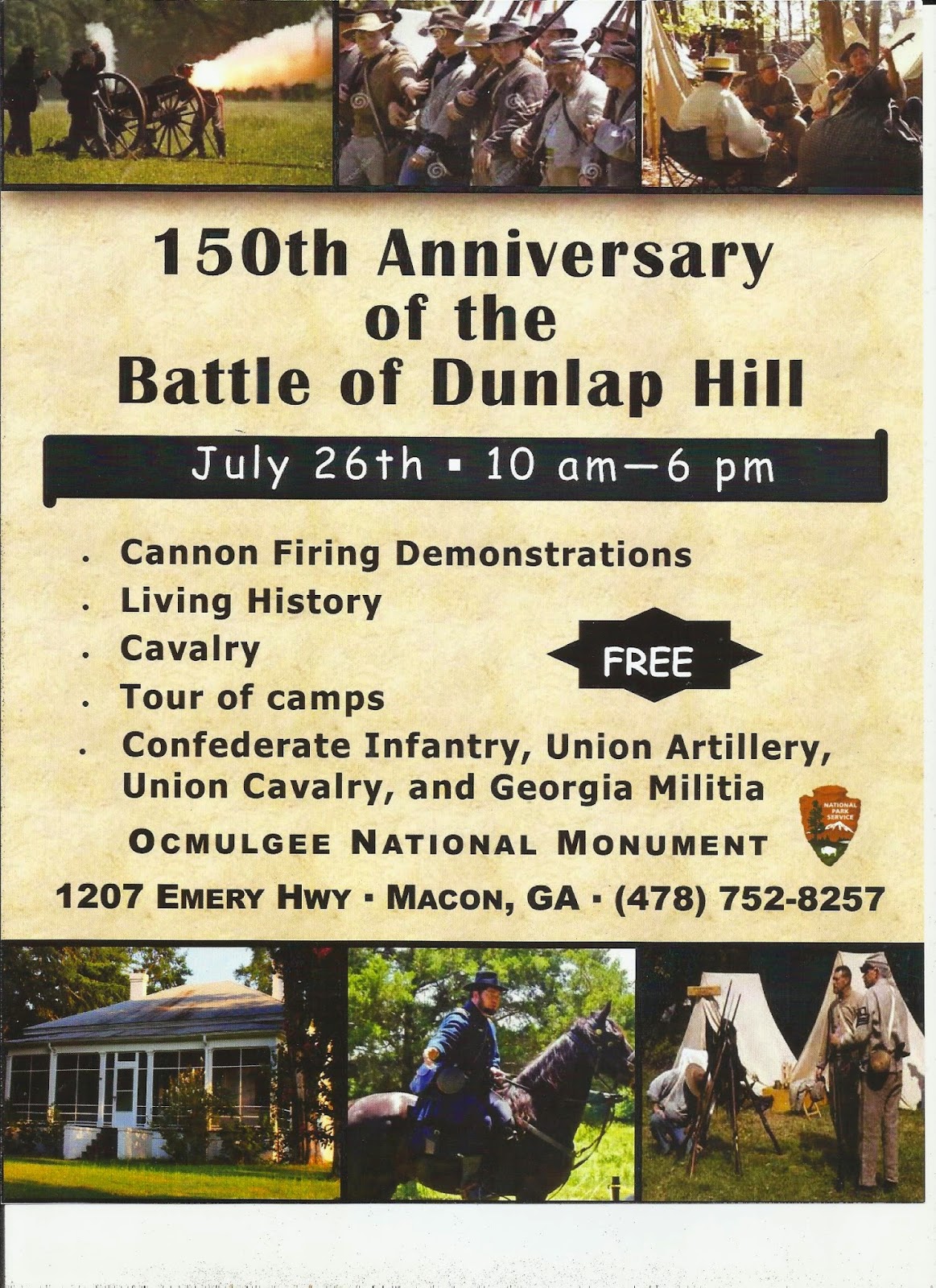 posted by Chuck Demastus at 8:34 AM 0 Comments