Southern Heritage
News and Views: May 2007 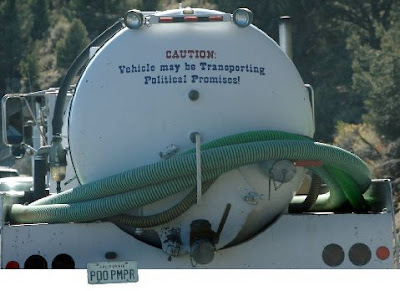 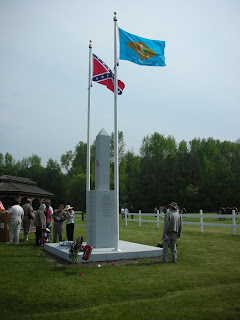 A pendulum is a wonderful thing. Anytime it is pushed out of equilibrium,
it seeks to return to its position of rest. But in doing so, it swings to
the opposite direction of the original deflection by almost the same
distance. This applies as well to many areas of human endeavor, including
politics and history.

For the last 150 years, the radical, northern, leftist sets have been
distorting history in order to justify the American tragedy called,
incorrectly, the Civil War. But finally, their grip on the pendulum of
history is starting to slip. And unless we take steps to settle it on the
truth, it is likely to create as much false history about the North as has
been created about the south.

At this time, the attacks on Southern culture based on false history is
starting to slip. A number of books and films that show the falsity of
current historical teaching has appeared on the market. Some of them are
coming from Northern teachers and journalist.

I bring to you a list of several recent books supporting the southern
cause. The most recent is entitled “War Crimes Against Southern Civilians”
by Walter Brian Cisco. This book takes the same historical documents used
in the recent History Channel’s two hour effort to show General Sherman as
a good guy, and revealed a massive, deliberate assault on southern women and
children. In addition, Sisco points out the inhuman attacks on southern
civilians in Tennessee, Kentucky, Missouri, Alabama and Louisiana. He
devotes a chapter to General Benjamin F. Butler’s infamous order that any
New Orleans lady who showed “disrespect” for union forces was to be
considered a “lady of the street” and used accordingly.

Another recent book entitled “Complicity - How the North Promoted, Prolonged
and Profited from Slavery. This book was compiled by three journalist from
The Hartford Courant. Among the startling information in this volume is the
fact that a ship based in New York City, sailing under the Union flag for at
least part of its voyage, was still smuggling slaves to Cuba in 1862. That
was well after the “war to end slavery” was well underway.

They also document the roll the slave trade played in developing the wealth
of New England. They referenced the Brown family of Providence Rhode Island
and the conflict between the slaving brother and the abolitionist brother.
They repeated the well known fact that slave money contributed to the
founding of Brown University.

The connection between Providence and the slave trade is clearly portrayed
in the book “Sons of Providence - The Brown Brothers, the Slave Trade and
the American Revolution. Written by New England native Charles Rappleye,
the book describes the growth of the slave trade and the infamous “Middle
Passage” during which Northern based ships ran a triangular trade route from
their home ports carrying rum and other commodities to Africa, then a load
of slaves to the Caribbean and back to their home port with a cargo
including molasses to be used to make more rum.

I also recommend “When in the Course of Human Events, Arguing the Case for
Southern Secession” by Charles Adams, “The Real Lincoln” by Thomas J
DiLorenzo and “North Against South” by Ludwell H. Johnson.

The truth of history is finally being revealed. Those of you who love the
South should seek out and read these books. The truth will set you free.

Clyde Wilson on the History Channel and Sherman's massacre to the sea.
LewRockwell.com
READ IT HERE

posted by Chuck Demastus at 11:38 AM 0 Comments